Money market fund reform: a light at the end of the tunnel?

The debate over the future direction of money market fund reform may sometimes feel like it has gone on forever. However, having been dragged out through the final sessions of the last European Parliament it seems that we might be moving into a decisive phase. The European legislative process still has some way to run and even when the new rules are agreed, we would anticipate a reasonable implementation period. Any changes are not likely to be in force for quite some time to come. Nevertheless, the future shape of money market funds (MMF) may start to emerge in the coming months.

The European Parliamentary elections in May 2014 signalled the end of another phase in the European cycle. At the time, it didn’t seem that a great deal of progress had been made. The European Commission had made their proposal back in September 2013, but the European Parliament had become bogged down in the discussion of the key issues of the reform and failed to agree a unified position. The European Parliament won’t start looking at this topic again until autumn 2014. The new MEPs have been elected, but at the beginning of a new five-year term, there is a lot to be organised: the political groupings need to be established and the responsibilities within these groups and with the various Committees need to be assigned, so the earliest the Economic and Monetary Affairs (ECON) Committee is likely to make progress on the MMF proposal is September or October 2014. By the end of the last European parliament, the Council of Ministers hadn’t started their formal consideration of this file. However, since then, several significant developments have occurred. 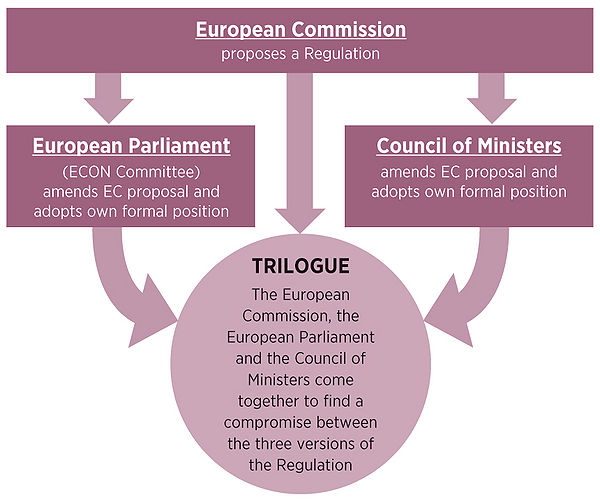 Over the summer, the Council, with representatives from each of the Member States, has started a series of meetings aimed at deciding which they consider to be the key issues and how each of the States might wish to amend the European Commission’s initial proposal. These meetings will continue through the autumn under the Council’s Italian Presidency. Another significant development that could affect the eventual solution in Europe is the announcement by the SEC of the new rules for MMF in the US. Although both the European and US regulators have been keen to find solutions that are appropriate to their own region’s specific situation, both groups are also keen to avoid the possibility of regulatory arbitrage between the two trading areas. Consequently, the SEC announcement may well have some bearing on the eventual regulation in Europe. Whilst there are aspects of the new rules outlined by the SEC over the summer (23 July 2014) which IMMFA would not support, we recognise the thoroughness of the SEC’s research and consultation process. There are many elements in the new rules that undoubtedly make MMF more robust and more able to withstand volatile market conditions. More onerous diversification criteria, greater transparency, and higher liquidity criteria are all changes which Europe would do well to consider incorporating. Unfortunately, we still do not agree that systemic risk is reduced by operating MMF with a variable net asset value (VNAV) rather than with a constant net asset value (CNAV). The SEC rules which require a move from CNAV to VNAV apply only to a portion of the MMF universe in the US. MMFs marketed to retail investors, and those which invest primarily in government debt (or reverse repo collateralised with government debt) are exempt from making this change. Based on market statistics at the time of the SEC’s announcement, this would mean that 63% of MMF AUM would not need to make the change and could continue to operate as CNAV funds. It is expected that the portion affected by the change would diminish even further in the intervening two years before implementation, as some of those institutional investors currently using Prime MMF decide to transfer their investment to government MMF rather than be obliged to hold VNAV MMF units. Returning to the proposal for MMF reform in Europe, one of the main stumbling blocks in the debate has been the harshness or disproportionality of the suggested changes. Under the European Commission’s outstanding proposal, all CNAV MMF would be obliged to provide a 3% cash buffer – a move which the industry has repeatedly pointed out would mean that the CNAV sector would effectively be wiped out in Europe. So the challenge remains to find a solution that meets the objective of reducing systemic risk, sating the regulators’ desire to effect a change, but maintaining the utility of the MMF product to investors.

The final structure of the rules in Europe will be decided in a process called ‘Trilogue’. The European Commission, the European Parliament and the Council of Ministers will come together, each with their own proposal for new MMF Regulation, and agree a compromise text. Current users of money market funds face increasing challenges in the next couple of years as a variety of regulatory changes impact on their ability to manage their cash and liquidity safely. New legislation may hamper the utility of MMF, but at the same time, other cash investment options are also being put under strain by changes in the rules governing them. The most obvious example of this is the additional constraint being put on banks’ ability to take on short-term deposits due to Basel III. The attractiveness of this option may also be diminished by the Bank Recovery and Resolution Directive (BRRD) which potentially ‘bails in’ the deposits of institutional investors in the event of a bank’s failure. IMMFA will continue to press for changes in MMF legislation which support the product as a useful tool for investors. It will be a challenge to get exactly the changes that we would wish for, but after such a long period of uncertainty, the member firms of IMMFA are looking forward to having a clearer picture of the future direction of regulation, allowing them to move forward with new investor-led products.

IMMFA welcomes feedback from money market fund investors. Copies of the most recent IMMFA Position Papers and a variety of other associated documents are available on the IMMFA website